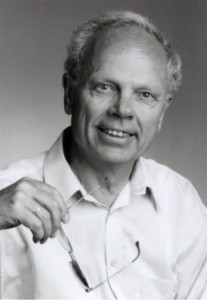 Wolfgang Butzkamm is Professor Emeritus of English as a Foreign Language at Aachen University. He was born in 1938 and was educated at the universities of Marburg, Münster, Dortmund, and Appleton (Wisconsin). He began his career as an innovative teacher of English, German and French as foreign languages, and was appointed to the Chair of English Language Teaching in Aachen in 1973. Prof. Butzkamm is credited with the development of a principled and systematic approach to the role of the mother tongue in foreign language teaching which radically differs from a target-language-only philosophy prevailing in many countries. For him, traditional monolingualism is an instance of a more general naturalistic fallacy which is committed when foreign language teaching is modelled after the natural acquisition of a first language (L1), as in the direct method (education) which was also called the natural method. However, in Butzkamm’s theory of “informed monolingualism”, not a single monolingual technique, simple or sophisticated, is thrown out. Bilingual techniques are clearly intended to enrich existing methodologies, and not to impoverish or replace them. Learning a foreign language means that students need not reconceptualise their world in the new language. Both linguistic skills and world knowledge they have already accumulated via the mother tongue play a crucial role. To sum it up in one maxim: Teach English through English – but with the help of the mother tongue whenever it makes sense. It’s about the teacher to choose the best technique in a given situation.