In his lecture, Professor Reinhardt focuses on ‘gameful’ second language and foreign language learning and teaching, examining how digital devices shape and will shape our lives in the future. He discusses our current notions of literacy, and how these ideas are changing due to the digital tools that we use on a daily basis. 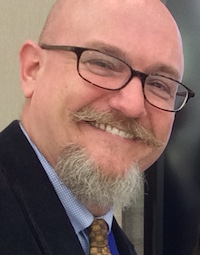 Besides English and German, Professor Reinhardt speaks Japanese, French and Spanish. His primary research focus is on technology-enhanced second and foreign language teaching with a special focus on digital tools and games. He has conducted various studies on technology-mediated teaching and learning, published in nine different languages, and has written extensively on topics of corpus linguistics, social networking, social media, and learning languages and digital literacy with games. Many of his publications are available and free to download on his website https://arizona.academia.edu/JonathonReinhardt/.